Make Your Own Luck 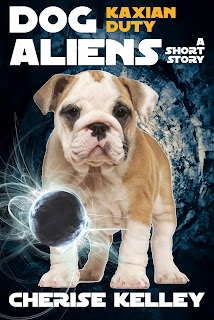 You have to make your own luck in this life. I won't tell you how many Starbursts I
opened before I got this one with two cherry-flavored candies inside. I was not expecting this to happen. When it did, I felt like the luckiest kid on the block! I had taken ten pictures of it to make sure I had at least one I could use for this blog before I remembered I was 50 now and not a kid anymore.

See? That is me, making some of my own luck. :)
Posted by Cherise Kelley No comments:

SPOCON pics by the candy lady 2013 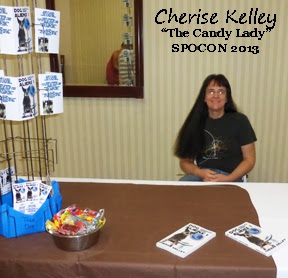 This was my first SPOCON. I had so much fun! Loki showed up at in-character karaoke and sang The Who's "Behind Blue Eyes" about how no one knows how the bad guy feels. It was hilarious! We had a whole bunch of good singers!

Now that I think about it, SPOCON 2013 helped me realize why I like Science Fiction and Fantasy stories. It came to me while I sang "The Impossible Dream" at in-character karaoke. This song sums it up. We're all reaching the unreachable star!


And cons are the embodiment of thousands of people all celebrating this together.

At SPOCON 2013, I was referred to as "the candy lady" because of my bottomless dog dish of free candy! OK, I did start asking each person to beg like a dog to get the free candy, but that was all in good fun. :) 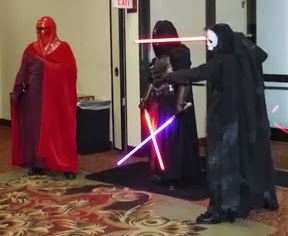 This wolf looked really cool on stage at the masquerade in the dark with its eyes and claws lit up by electric lights. 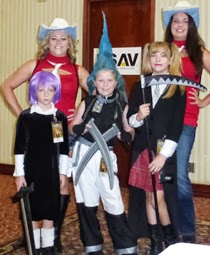 I thought it was wonderful how whole families dressed up for SPOCON and hung out together! 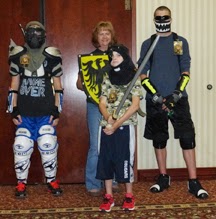 I didn't get a picture of it, but my favorite costume play moment was when a huge guy dressed in military gear made a fancy show of saluting a kid dressed as Iron Man. Egos don't come into the cosplay at this convention at all. SPOCON is all about having fun together. 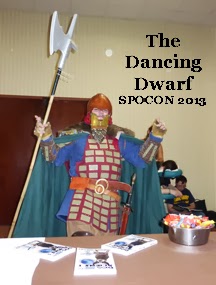 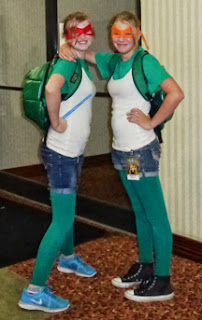 This dancing dwarf dude was so much fun! He said dancing made the weight of the armor more evenly distributed on his back, so he was dancing up and down the aisles. He didn't really need to make the disco music noises, but they sure were funny. :)

These twins were adorable as teenage mutant ninja turtles. Their mom walked right along with them, and I am pretty sure she made their costumes. 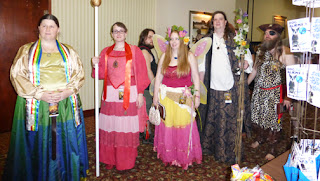 Here are a few Aes Sedai from The Wheel of Time series. Brandon Sanderson was the guest of honor at SPOCON 2013, and my favorite event was The Unquisition, where Brandon answered our questions from his perspective as the author who finished the series after Robert Jordan passed. The fun was we had to ask our questions without using any names! I asked, "Why are the desert people so in love with the queen who fancies the blacksmith?" Brandon Sanderson says the Aiel love Berelain so much because she has barely any territory and yet she wields power like a pro. 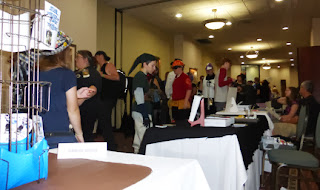 This was my view up the hall from behind my table. 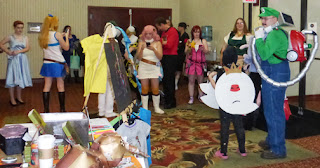 The man in green on the right and his daughter to his left won the masquerade for their cute skit.


Posted by Cherise Kelley No comments: