What Breed of Dog Is She? 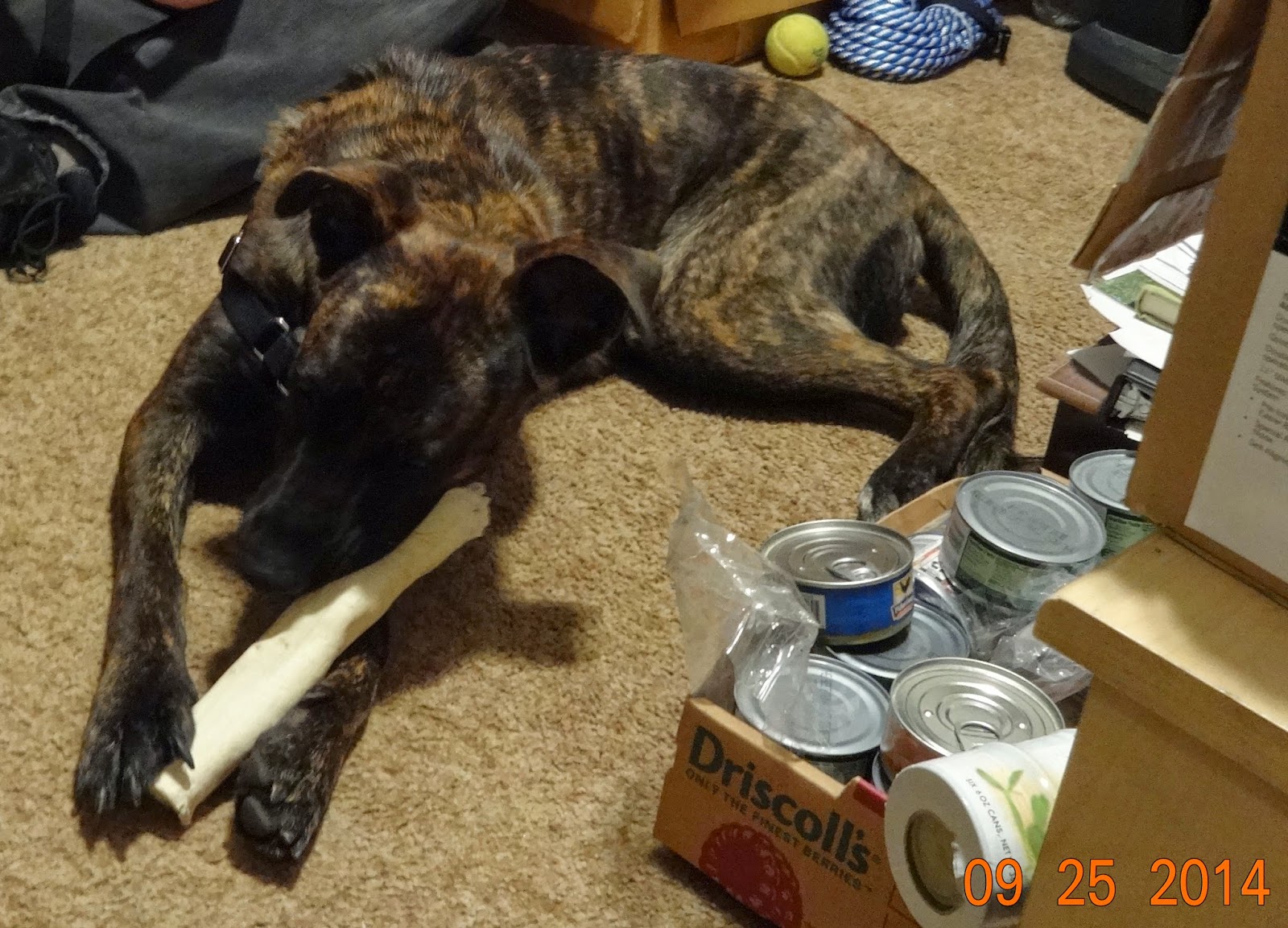 This is our new year-old puppy! We adopted her yesterday at the animal shelter. They say she is a shepherd mix, but I think she looks more like a hound. She has heeler paws, with the thumbs up the leg a little. She uses those thumbs to her advantage by holding onto rawhides while she chews them.

She is a brindle color, which means she has stripes of different colors, like a tabby cat. She has a big snout, and it is all black. Her ears flop. She has a barrel chest, like a greyhound. She's beautiful. 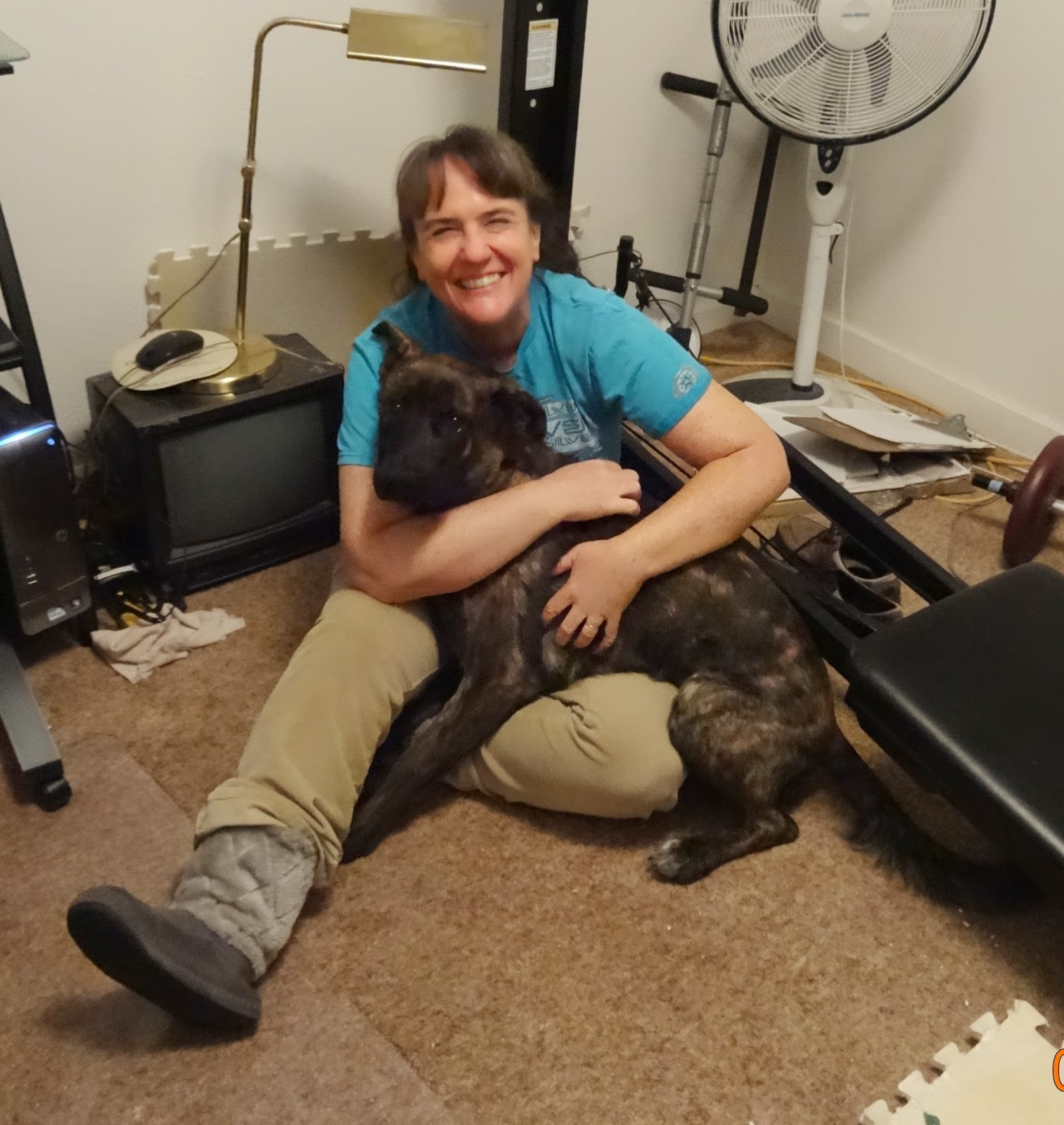 She has such a long tail! It moves just like a tiger's tail. We thought about naming her Tiger, but that is Scott's nickname for me, so that won't work! Scott suggested naming her Pumpkin, and I have been calling her Pumpkin Pie. That's just a bit too sissy for him, though, so he told me that name is not for sure. UPDATE: Her official name is Pumpkin Pie Spice. :) We call her Pumpkin. My mom calls her Spice Girl.

She is very playful outside, running and jumping and chasing toys and flinging them about! Someone taught her manners, though, because once she comes in the house she behaves. She was left at the pound because she suffered separation anxiety. I'm guessing her previous owners worked outside the home and came back to a mess. I work from home, so this will be her forever home.

We went for our first walk this morning. :) This is part of the fun of adopting mixed breed dogs from the animal shelter: guessing what kind they are! So what breed of dog is she? Or what mix, I should say.
Posted by Cherise Kelley No comments: