Hugh Howie Contributed to Our Free Book of Short Stories! 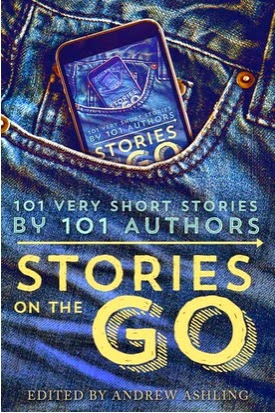 Hugh Howie, the author of the Wool / Silo books that have been picked up for a movie by Ridley Scott, contributed a story to our free book of short stories. Stories on the Go: 101 Very Short Stories By 101 Authors, is now free for Kindle, Nook, iPhones and iPads, and Kobo Readers.

I contributed a story, too! It's from the dog's point of view, which I'm told I do really well. The title of my story in the book is 'My Master Got a Raw Deal'.

I hope you will pick up this book and enjoy all the short stories. Each one is four pages or fewer.


The book is a sampler of all the different types of stories independent authors are publishing these days: romance, science fiction, thriller, horror, literary, and just about everything else you can imagine, including a few adult titles.

Please read the stories you like and leave the rest unread. It's free!


This free book of short stories came to exist because of a suggestion Hugh Howie made on December 30, 2013 on KBoards, an online forum we indie authors hang out at. At the time, many self-published authors were starting a trend of getting on the New York Times bestseller list by contributing to boxed sets of novels and pricing the boxed sets at 99 cents.

I'm paraphrasing here, but Hugh Howie basically said hey, let's see how many of us we can get into one book and put it on the New York Times bestseller list!


This got a bunch of attention! Three hundred of us were involved and we had a committees to read all the submissions and accept or reject. Lawyers told us how to deal with charity contributions and took months and months drafting contracts for all authors to sign. We had a videographer compiling shorts of each of us saying, "My name is X, and I'm an author!"

The first version of this anthology was nearly ready to go when I pointed out that short story anthologies were not eligible for the New York Times bestseller list. At this point, many of the big names dropped out, but Hugh didn't. He was still up for it, God bless him.

It was funny, though. At this point, the thread about the anthology was so long that no one was reading it all. New people were still jumping in with New York Times bestseller list stars in their eyes. It took months for this thread to die out, but it finally did.

But not everyone was in it for the bestseller status. 100 of us just wanted to be in a book with Hugh Howie!


Andrew Ashling took up the reins, and again I'm paraphrasing, but he said let's get back to the idea of creating a collection of short stories. Let's make it a basic toaster and forget about trying to make it a 1,000 function microwave oven. If giving the money to a charity is a big headache, then let's just make the book free.

So that's what we did. We made it free so we didn't have to restrict stories to the type a charity wished to be associated with. We took stories from whoever wanted to contribute, so there was no need of an acceptance committee. Twenty of us volunteered to proofread the stories. Andrew Ashling formatted the stories into one cohesive book and incorporated our proofreading corrections. Selina Fenech paid Scarlett Rugers to design the cover.

And now, thirteen days shy of a year after Hugh Howie envisioned it, we give you this free book of short stories to enjoy!


Stories on the Go: 101 Very Short Stories By 101 Authors, is now free for Kindle, Nook, iPhones and iPads, and Kobo Readers.
Posted by Cherise Kelley