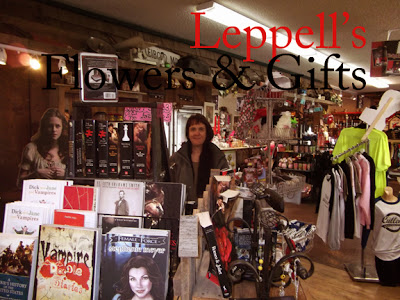 I was a substitute teacher at Forks High School for the 96/97 school year. Scott and I chaperoned the prom. We shopped weekly for our groceries at The Thriftway, and we got to know the normal way life is in Forks, WA. At the end of the school year, we moved back to California. We called our nine months in Forks "the best vacation we ever had," but we just could not take the constant rain. We laughed heartily whenever fellow Californians complained about a little sprinkle, and we explained our persistent coughs as "coughing up Forks," but mostly, we put Forks behind us. We did until May 2013, when curiosity got the best of us and we went back to see how much Twilight changed Forks. 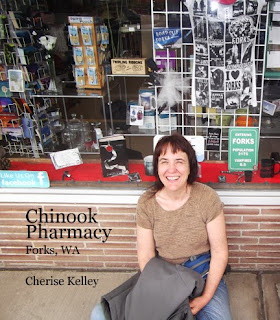 In 2008 when the first Twilight movie came out, I was teaching middle school English in Bloomington, CA. A bunch of my students were avid Twilight fans. I listened with amusement while they discussed how dreamy Edward is and how lucky Bella is. I giggled at their speculations on if vampires should sparkle or not. And then I was stunned when I heard them mention Forks, WA. "Where did you say this story takes place?" "In this little town called Forks, WA where it rains all the time so it's always cloudy and the sun never comes out, so it's the perfect place for vampires." That did it. I had to see this movie that had been made about Forks! 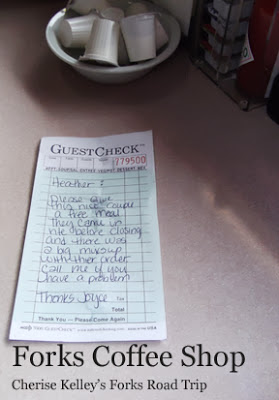 I rented the movie and watched it twice, and I was done until the movie of New Moon came out. Taylor Lautner hooked me on the saga. I had to find out what happened! I borrowed the books from a friend and read them all―ten times each! I saw all the movies in the theater and then bought the DVDs and watched them over and over.

I got enough of Twilight once the final movie was out and I had listened to the director's commentary. That finally gave me closure. And then I heard a rumor that Lion's Gate plans to remake the Twilight Saga movies with a new cast. "They should make them in Forks and Port Angeles instead of in Portland and Vancouver" was my immediate thought. My next thought was, "I wonder how much Twilight has changed Forks and Port Angeles?" 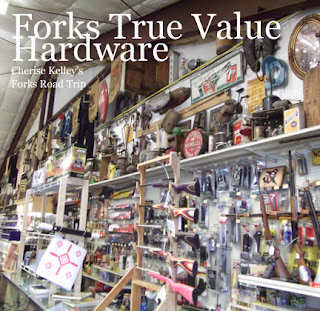 Now, I can tell you how much Twilight changed Forks: not much at all. The most notable change is the new Forks High School building―which the residents will be paying off over the next 30 years in property taxes, according to Bob at Forks True Value Hardware. Funny we should mention Bob. His huge store is new, too. The public restroom in his new store is amusingly labeled "Twiolet." Bob used to run a Coast Hardware in the building where the Native to Twilight store now is. He says locals helped him decorate this wall with stuff they brought in from their attics and barns.

There really are few other changes to the town of Forks since we lived there in 1997. The one nice restaurant in town is gone, The Vagabond. Most of the stores have Twilight souvenirs on display. There are a few tour companies that'll show you around town where various locals have volunteered to simulate The Swan Residence, The Cullen Residence, and other Twilight attractions. Leppell's Flowers & Gifts, across the street from the high school, runs one of these tour companies.

Forks is still a rainy small town full of friendly lumberjacks after all the Twilight hoopla.

Inside Bella Italia in Port Angeles 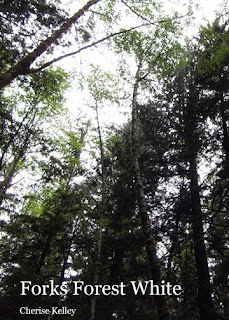