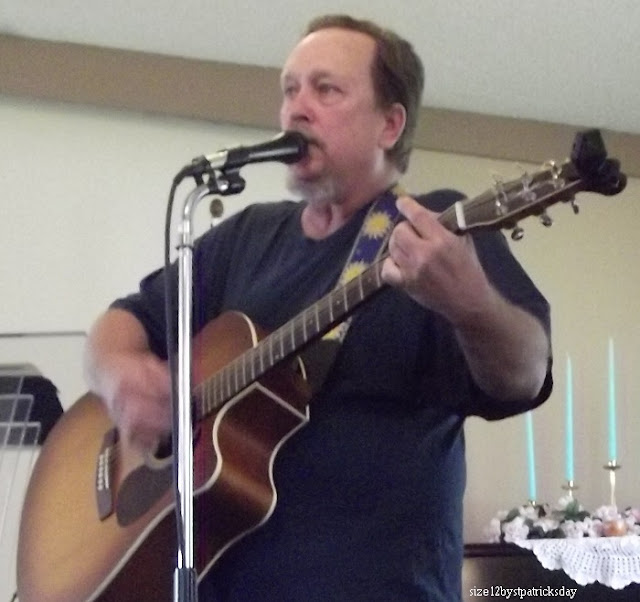 We are blessed at Valley View Baptist Church of Spokane in that Christian guitarist, singer, and songwriter Doug McCleary has joined us. Doug played and sang two of his original songs at service this morning and last Sunday morning. He says he has written about a dozen original Christian songs. Here is the video I took of him playing today at Valley View Baptist Church of Spokane, WA.

I spoke with Doug briefly after the service, and here is what I found out:

He won't take any money for playing guitar or singing his songs, but he wants the chance to play and sing as often as people will offer it. He will come sing at any Christian function people invite him to: Bible studies, Sunday worship services, weddings, funerals, you name it. He can cover other artists songs, too, but he will only play or sing songs that glorify God. He can be reached at 509-536-0627. He lives in Spokane, and will play in this area and just over the border in Idaho.

Mostly self-taught, Doug cannot read music. He plays by ear, so a few weeks ahead of when you want him to play, make him a tape of the songs you would like him to play.

Doug had a few ukulele lessons when he was 7 and his family was stationed on Oahu, Hawaii. His dad came home with a guitar, and made Doug and his sisters listen as their dad tried to play the thing. Being a kid, Doug told his dad the truth when asked how it sounded, "Well, I think you need to practice a little more, Dad." Heartbroken, his dad handed over the guitar to Doug, who has been playing it ever since. He is 56 now.