Will the Fair Ruin My Diet? 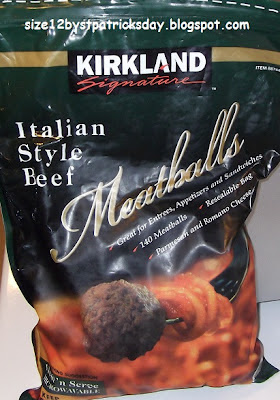 Weight: 200 I lost a pound again yesterday! Yay! Nothing really significant happened. At first Scott wanted to go to the county fair, but he decided he would rather go tomorrow, Wednesday, so that we can go for a few hours in the morning, come home and walk the dogs and eat lunch, and then return in the evening.

On one hand, I am a bit concerned that I will be tempted to cheat on my diet at the fair. I don't like cotton candy or hot dogs, but I am partial to pies. On the other hand, I am likely to walk at least two miles while we are there. Probably more like 5 miles, so that should help.

If I do cheat at the fair, at least it will be inside my rules of only cheating away from home and only doing a planned cheat on my diet. Those rules have protected me pretty well except when we went on vacation for most of the month of August, I gained 5 pounds.


But yesterday I lost a pound! We walked a mile. I ate: 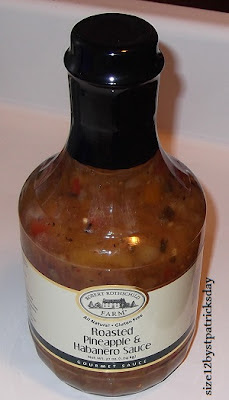 A lunch of seven Kirkland beef meatballs with 2 tablespoons of Robert Rothschild Farms roasted pineapple habanero sauce (comes in a bottle at Costco in the spring and summer only, really yummy on meat, kind of Hawaiian) and one small ear of corn on the cob, raw. Two cans of Diet Coke.*

Dinner was seven more Kirkland beef meatballs with habanero sauce and two cups of cooked carrots with nothing on them, not even salt. I had 20 ounces of Wal-mart Sparkling Cherry Limeade with dinner.

*I know, I know, I did say months ago that I was giving up Diet Coke. I quickly gained ten pounds after I said that, though. So the Diet Coke is back, but I make myself quit all caffeine intake at 2pm so I can fall asleep easily at 10pm.

Yay! They have habanero sauce at Costco again! I bought a bottle yesterday. Here is a picture, at last! It is not particularly spicy. It is a little spicy, I guess, but mostly it is just tasty! You have to like pineapple to like it. Sometimes they let you sample it at Costco, which is how I got hooked on it. I love these meatballs with habanero sauce even better than with spaghetti and tomato sauce. Yum, this sauce is good! Stay to small amounts, though. A serving is two tablespoons, and that is 70 calories.

If I had to lose 90 pounds all over again, I would not use this as a diet meal. These meatballs are actually quite full of calories. But, I am leaving this here because this is how I did start my diet. I probably wouldn't have started it without something so tasty to eat. Who knows?
Posted by Cherise Kelley