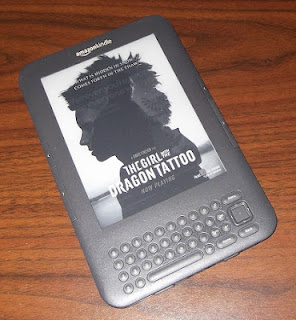 I lost 1.6 pounds yesterday on keep trim eating! It turns out the Mexican food at The Green Onion (a subsidiary of Carl's Junior) is not nearly so full of sodium as Qdoba's food (a subsidiary of Jack in the Box). I had two tasty chicken enchiladas yesterday, but no sodium bloat!

Yesterday I was working at a top secret job and saw "The Girl with the Dragon Tattoo." It would have been a decent murder mystery if they just stuck with Daniel Craig's parts and left out the dragon girl. As it was, she got raped and took revenge. I could have done without those parts. They made the movie unnecessarily long, too -- two and a half hours.

It was cold in the theater, and as you pointed out Mom, keeping warm probably helped me burn off some extra calories. I just hope I don't get sick. I did go out to my car and crank up the heater in between showtimes. I only watched the whole movie once. Other than that, I only had to stay for the first half hour.

I walked the dogs their mile in the park before I left for the theater. Here is what I ate yesterday and lost 1.6 pounds: