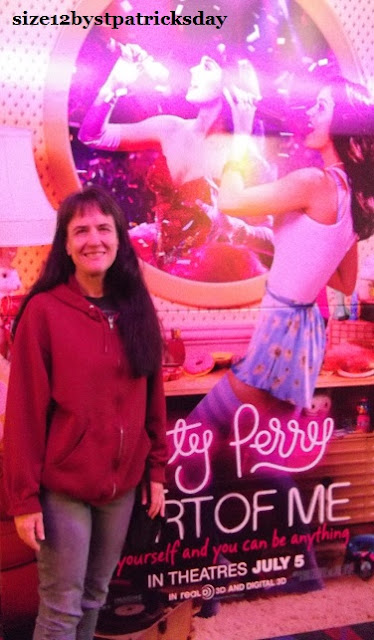 The most exciting thing that we did yesterday was to go see Kristen Stewart's new movie, "Snow White and the Huntsman." It was pretty good, but not epic. Somehow, it fell short of what it could have been. Kristen was great in it. The effects are amazing. The musical score inspires.The costumes are wonderful. There is action, action, action. I think there just weren't enough people in each scene. This movie felt like a stage play rather than a movie in that I didn't get the sense of a whole world around the scene in focus. It's true that each person's medieval world was smaller, but it seems like a castle would have more people in it, even so. I guess we are back to the movie not being epic.

I went in hoping to see previews of "Breaking Dawn Part 2." I guess we arrived after those had already shown. We did see a preview of Katy Perry's movie that comes out July 5: "Part of Me." Wow, does that look good! It's a biography of her career, from singing at her church to super-stardom. I love the title song, too, "This is the part of me that you'll never ever ever take away from me." In the preview, they showed her saying when people come to her concerts, she just wants to make them smile. This picture is of a cardboard advertisement that was outside the door to our auditorium.

We walked the dogs a mile in the park before we went to the movies. I indulged at the movies and got nachos and a diet soda. We hardly ever buy food at the movie theater (too expensive!), but we called it an early birthday treat for me.

Here is everything I ate yesterday and only gained .2 pounds, along with walking a mile and window shopping for half an hour before the movie:

Email ThisBlogThis!Share to TwitterShare to FacebookShare to Pinterest
Labels: Katy Perry, Kristen Stewart, Part of Me