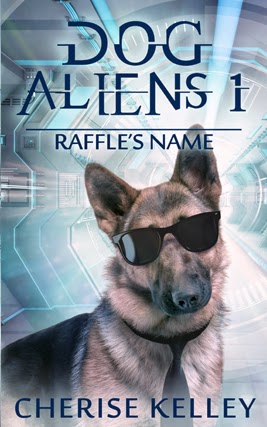 Discover the secret life your dog lives while you're at school!
For dog lovers of all ages, but geared toward fourth grade readers.


Clem is a big dog with a secret: he is an alien from outer space. Every morning, he digs out of his yard to mine jex. He has a hard time keeping the little dogs from stealing his jex.

Unhappy with the digging, Clem's human abandons him in the mountains, where Clem meets a she wolf and discovers his talent for manipulating thoughts. This talent comes in handy when he finds himself in a cage at the animal shelter, but he goes a little nuts with it, making squirrels throw pine cones at the annoying little dogs next door, and making ants eat their food. But in the end, Clem finds out why he has this talent, and what he's supposed to do with it.

The sequel, Dog Aliens 2: Oreo, is now available! In it, Clem's humans adopt a brother dog for him, but Oreo would rather chew up their shoes than be Clem's buddy. And Oreo doesn't know he's an alien. 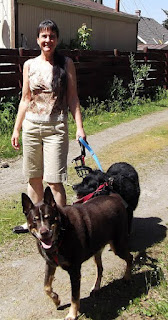 This is my first novel. It is based on the true story of rescuing our dog from the animal shelter and how we happened to name him Raffle. 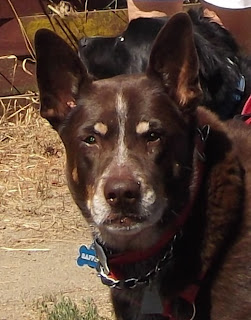 The alien part comes in by way of explaining how Raffle could be so darn smart!

I also tried to explain why he was the most obedient dog I ever met, and to add a lot of fun and silliness. :)