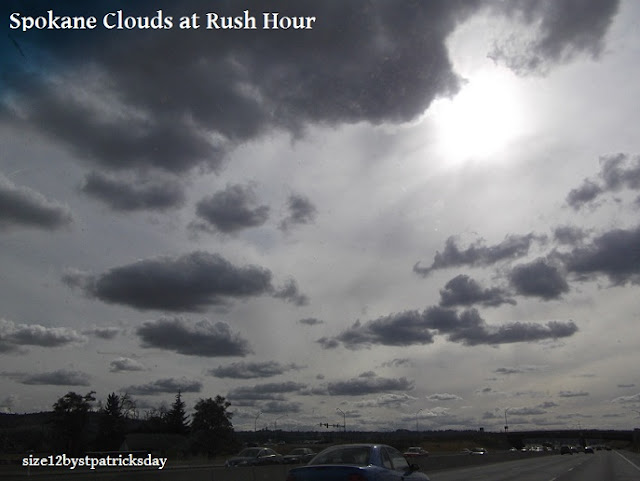 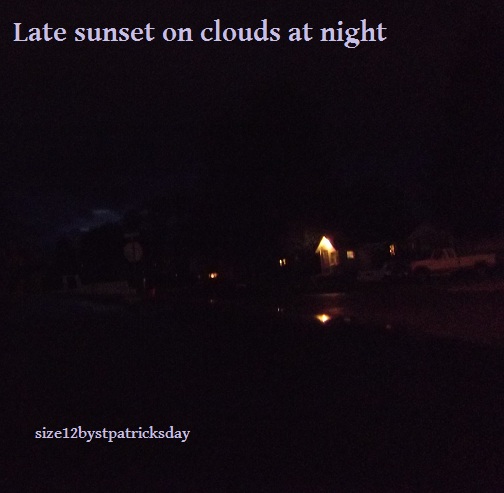 Most people here in Spokane, WA hate clouds and want it to be sunny every day. Clouds are beautiful to me. I was a passenger when I took that first photo of the clouds from the freeway. Don't worry.

That second photo is lavender late sunset reflecting off clouds, on the left, just above the stop sign. I really wish we had stopped the car a few minutes earlier, but trees were always in the way or we couldn't pull over. This is cool enough, but it was truly spectacular just a few minutes before this moment. Who knows, maybe I will get a better picture and post it here later.


I guess if you lived your whole life here in Spokane among the clouds, you might have seen this many times. I grew up in the Southern California desert, though, where it is sunny most of the time. Clouds are beautiful to me. I'm glad they block the sun. It hurts my eyes. I'm not used to sunsets after 8 p.m., either.

I took the photo below last summer somewhere on our drive from Spokane to Niagara Falls and back. I should have taken better notes of where we were when I took it. What struck me was the odd "whoosh" in the clouds, toward the top of the picture. My husband studied clouds a bit in college. He could tell you what kind these are and what sort of air movement formed them. To me, they are just pretty. :) 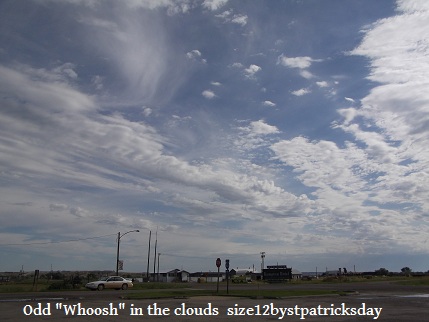 Email ThisBlogThis!Share to TwitterShare to FacebookShare to Pinterest
Labels: clouds are beautiful